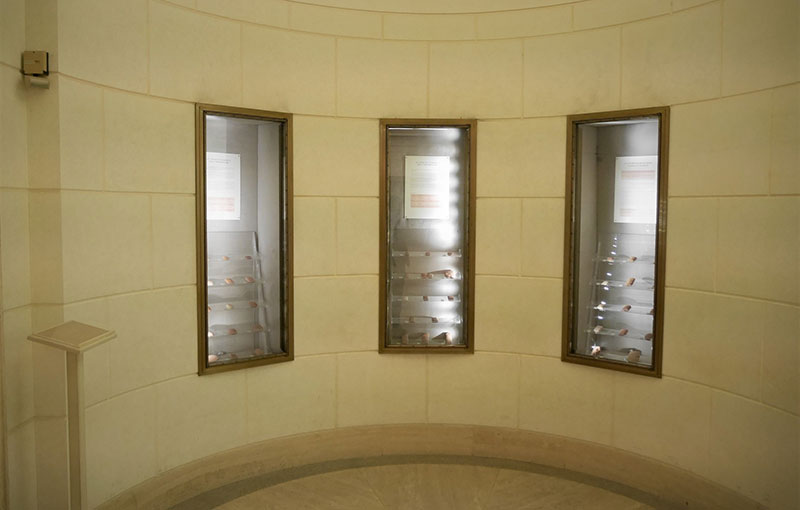 The invention of writing in Mesopotamia

The first urban civilization, dating back to the 4th millennium B.C., was the 'land between two rivers', namely the Tigris and the Euphrates, in Mesopotamia (present-day Iraq). It is there that the first city (Uruk) and writing were born.

The invention of writing, in about 3200 B.C. marked the passage from 'prehistory' to a time when people began to keep records of events. The Sumerians wrote on clay tablets, using first pictograms and later cuneiform script, for over 3,000 years. Styluses with sharpened or blunted points, and much later with wedge-shaped tips, were used to impress characters onto clay tablets that were then left to dry in the sun, or more rarely, fired in kilns to make them more durable.

In the last 150 years, archaeological excavations have uncovered hundreds of thousands of tablets dating from the three millennia B.C. The vast majority (70 to 80%) are accounting or administrative documents; records of shipments and deliveries of goods; sales contracts for land, slaves and other property; rental agreements; payslips; contracts for loans and interest owed; records of debts and their cancellation; criminal sentences and fines; marriage, divorce and adoption records; gift and inheritance records; lawsuits of all kinds; and so on, revealing a richly woven tapestry of administrative, economic and legal activities.

The Bank of Italy's collection of Mesopotamian tablets

The Bank of Italy owns an impressive collection of clay tablets from Mesopotamia. The study of them is gradually revealing how, since the 3rd millennium B.C., silver and barley (and to a lesser extent copper, tin, and sometimes gold or other commodities) were used as medium of exchange, a unit of account, and a store of value.

Mesopotamians made loans of silver or barley at interest rates set by law - under the Ana-Ittisu laws (end of 3rd millennium B.C.), the code of Eshnunna (around 1800 B.C.) and the code of Hammurabi (18th century B.C.) - of 20% for silver and 30% for barley.

However, numerous tablets show that interest charged was sometimes also much higher or much lower than the official rate. Starting from the 3rd millennium we find cases of usury, combatted through debt cancellation and the freeing of those who had been enslaved because they could not pay their debts.

This loan (see photo no. I.9) of silver, datable to 1800 B.C., comes from an unknown city that must have been located south of Baghdad. The interest on it is calculated as follows: 1 shekel (= 8.3 grams) contains 180 barleycorns; 1/6 shekel is therefore equal to 30 barleycorns; to this is added another 6 barleycorns to make 36, or 20 per cent of 1 shekel. The usual interest on loans made in silver was 20 per cent, while that for barley loans was 30 per cent.

We can therefore conclude that loans of barleycorn, a commodity critical to survival and usually lent to the poor, were deemed riskier than loans of silver, which was the typical means of payment used by merchants.

In the contract here, the silver is borrowed by a woman, Amurritum, a truly exceptional situation. Perhaps she - being a servant - entered into the contract on behalf of her master, Ikun-pi-Istar.

Just as Muslims do today, the Babylonians used a lunar calendar, which is shorter than the solar calendar. They therefore added a second 12th month (intercalated month), which can be thought of as a 13th month, to bring the two calendar cycles back into line. The loan was for three months, from the 12th month to the 3rd month of the following year, the period corresponding to harvest time. There may have been a shortage of barley in the 13th month.