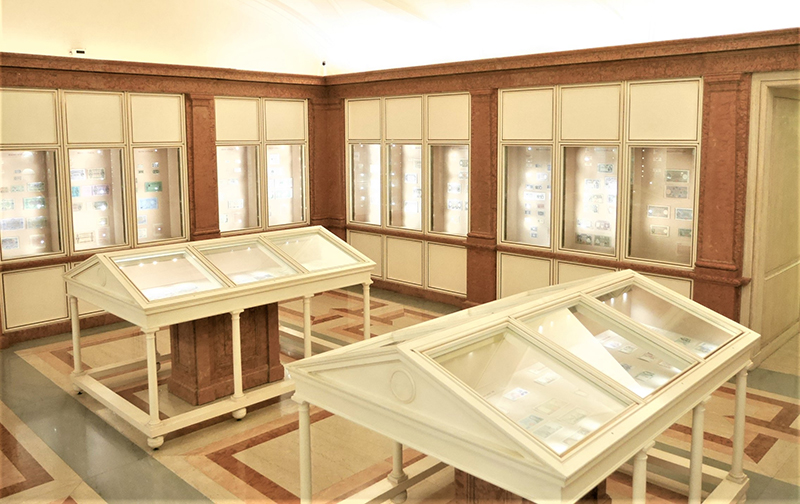 Paper money was invented by the Chinese. The first examples date back to the 13th century; however it is possible that it was in use prior to this time. In Europe, paper money made its appearance in 1661 in Sweden. In Italy, the first bearer bonds were issued in 1746 by the Royal Finance Department of Turin to cover the military costs that Piedmont, allied with Austria, incurred in the war against France and Spain. This instrument, a hybrid between a banknote and a bond (see photo no. V1), paid interest to the bearer and was issued against deposited funds.

Starting from the second half of the 19th century, the popularity of paper money gradually increased as demand rose for circulating instruments, driven by the economic development that accompanied the Industrial Revolution. The banknote, being a circulating instrument for a fixed amount and payable to bearer, could be used to make payments without the need for endorsement, as was required for bills of exchange or for certificates of credit (see photo no. V.9). With time it was transformed from a money substitute into a true currency, issued by banks in quantities that were significantly greater than their physical reserves. However, the notes could still be converted into coins.

Prior to the unification of Italy, banknotes introduced by issuing banks that had monopolies within the various States accounted for just a small fraction of the means of payment (less than 9 per cent; 22 per cent taking account of the certificates of credit of Banco di Napoli and Banco di Sicilia). At the end of 1874 - after the convertibility of banknotes was suspended in 1866 ('forced tender') - banknotes accounted for 60 per cent of the total means of payment (see photo no. V.23). The 'forced tender' was introduced to fund the impending war against Austria and to strengthen the nation's infrastructure. In 1883, the improvement in the State's budget (balanced as of 1875 thanks in part to necessary measures, such as the grist tax and the sale of ecclesiastical property) caused the Government to abolish the 'forced tender' (see photo no. V.24).

Banca d'Italia was created in 1893 through the merger of three banks (Banca Nazionale nel Regno d'Italia, Banca Nazionale Toscana and Banca Toscana di Credito) and functioned as an issuing bank along with two southern banks (Banco di Napoli and Banco di Sicilia) until 1926, the year in which it became the sole issuing institution. Banca d'Italia began to print paper money in 1896 starting with the 50 lire note (see photo no. V.25). Later on, under the Ministerial Decree of 6 December 1897, it issued a 1,000 lire banknote designed by Rinaldo Barbetti (see photo no. V.26), which was replaced in 1930 by one by Giovanni Capranesi (see photo no. V.27). Both notes are considered true works of art. The collection is completed by the last 500,000 lire banknote, which features the portrait of the artist Raphael, printed by Banca d'Italia in 1997 just before the introduction of the euro. It embodies the best in both technology and figurative art (see photo no. V.43).