The share of firms in non-construction industry and services that reported a growth in turnover in the first nine months of 2017, compared with one year earlier, rose to about 50 per cent, an amount close to that observed in the two years preceding the euro-area sovereign debt crisis. The more favorable assessments reflect positive sales performance in both domestic and foreign markets. Expectations of growth continued to predominate, even for forecast sales over the next six months.

The gradual improvement in demand resulted, according to firms’ assessments, in the growth of employment levels despite still modest wage pressures. The percentage of firms that expect to end the year with a profit reached an historic high.

The share of firms that invested more than planned at the end of 2016 increased; it is higher than the share of those that have invested less for the second consecutive year. Although widespread uncertainty persists, the plans for 2018 envisage a further expansion in investment, buoyed by the favorable outlook for demand.

Construction firms also reported a clear improvement in production: while in 2016 assessments of activity for the first nine months of the year were mainly negative, in the current year they have been largely positive. The forecasts for 2018 point to further improvement, bolstered by more favorable expectations of credit access conditions. 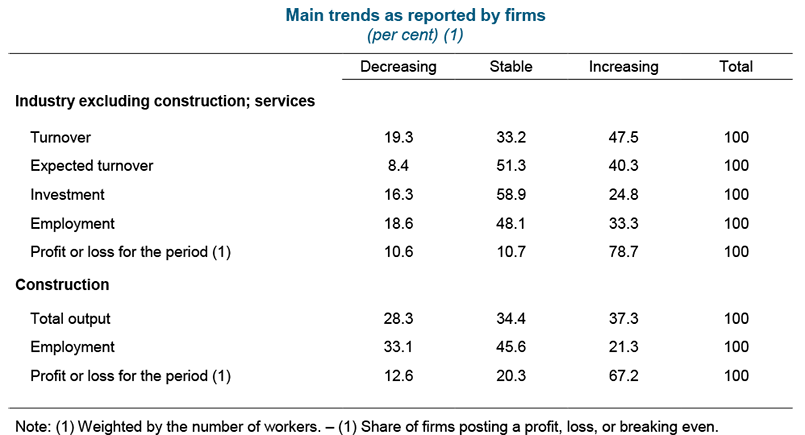