According to the survey conducted between 24 May and 15 June 2021 among Italian industrial and service firms with 50 or more employees, there was a significant rise in the share of businesses reporting an improvement in the general economic situation in the last quarter and in expectations regarding their own operating conditions over the next three months. The more favourable assessments for the second quarter of the year benefited from the recovery in domestic and foreign demand, especially in the industrial sector. For the third quarter, firms expect turnover to rise further, supported by both the domestic and foreign markets.

The assessments of investment conditions improved significantly and were associated with an increase in the investment spending planned for 2021 as a whole. Firms expect an increase in employment in the third quarter of the year, especially in the Northern regions of the country.

Consumer price inflation expectations rose over all time horizons, regaining the levels registered in the first half of 2019. Firms also expect an increase in their own selling prices over the next twelve months. 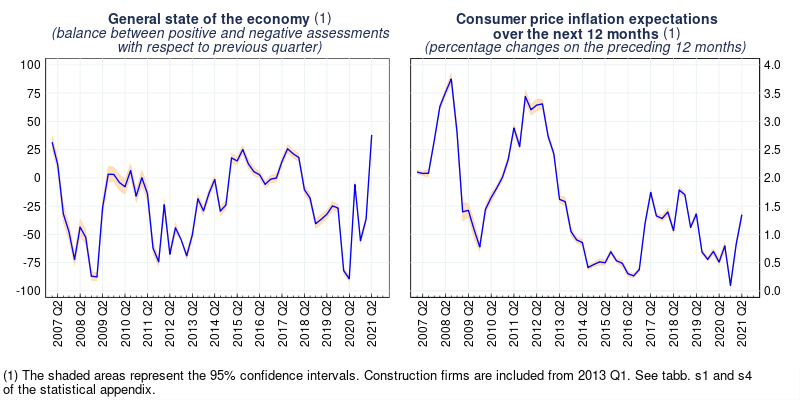