According to the survey conducted between 3 and 26 March 2020 among Italian firms with 50 or more employees, current and prospective assessments of the general economic situation and of firms' own operating conditions have worsened significantly. The deterioration mostly reflects the spread of the COVID-19 epidemic and the impact of the initial containment measures which, according to firms' responses, led above all to a sharp decline in both domestic and foreign demand. These assessments, although very negative, were made before more restrictive measures were introduced at the end of March.

The negative developments in sales, which are expected to continue into the current quarter, have influenced the assessments of investment conditions, which have worsened significantly despite the largely stable credit conditions. Firms plan to reduce their investment expenditure over the course of 2020, especially in the first part of the year. Employment expectations have also worsened in all sectors, but to a limited extent.

Consumer inflation expectations have risen slightly over all time horizons, driven by the modest increase of prices in January. Conversely, firms' own prices slowed compared with the previous quarter and a further slowdown is expected over the next 12 months. 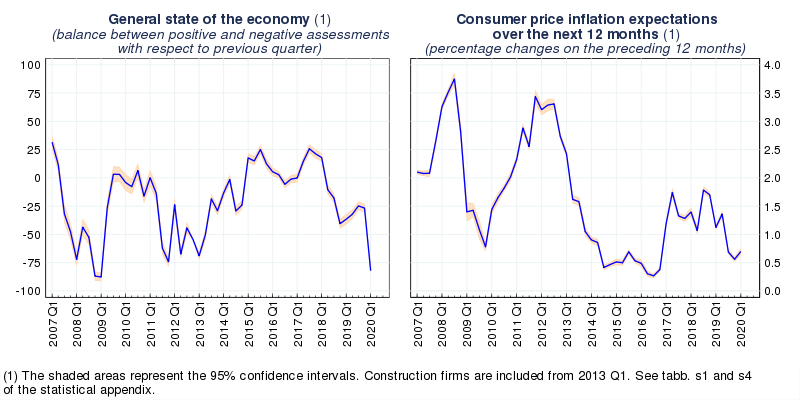