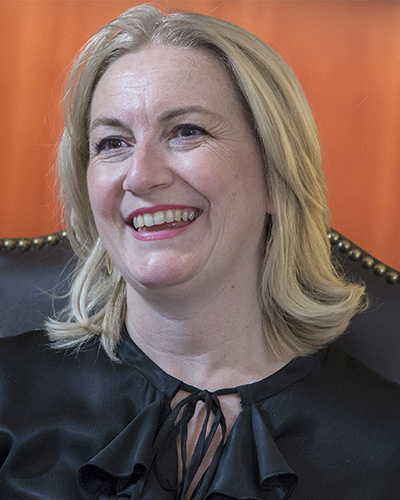 Angela Barbaro is a Manager in the Bank of Italy's Communications Directorate.

She represents the Bank in various international groups and is currently a member of the Eurosystem/ESCB Communications Committee at the ECB.

She has been with the Bank of Italy since 1993. She won a Donato Menichella scholarship, and in her first years in the Bank, she worked at the Central Credit Register, with a particular focus on international relations. From 1999 to 2013, she was in the Personnel Directorate, dealing with benefits and trade union relations. From 2014 to 2020, she was Head of the Communications Division in the Secretariat to the Governing Board.

She graduated in Political Science from the Sapienza University in Roma in 1991 and gained a Master's in Business Administration at the LUISS Guido Carli University in 1994.